How Is Modern Orthodontic Treatment Different? 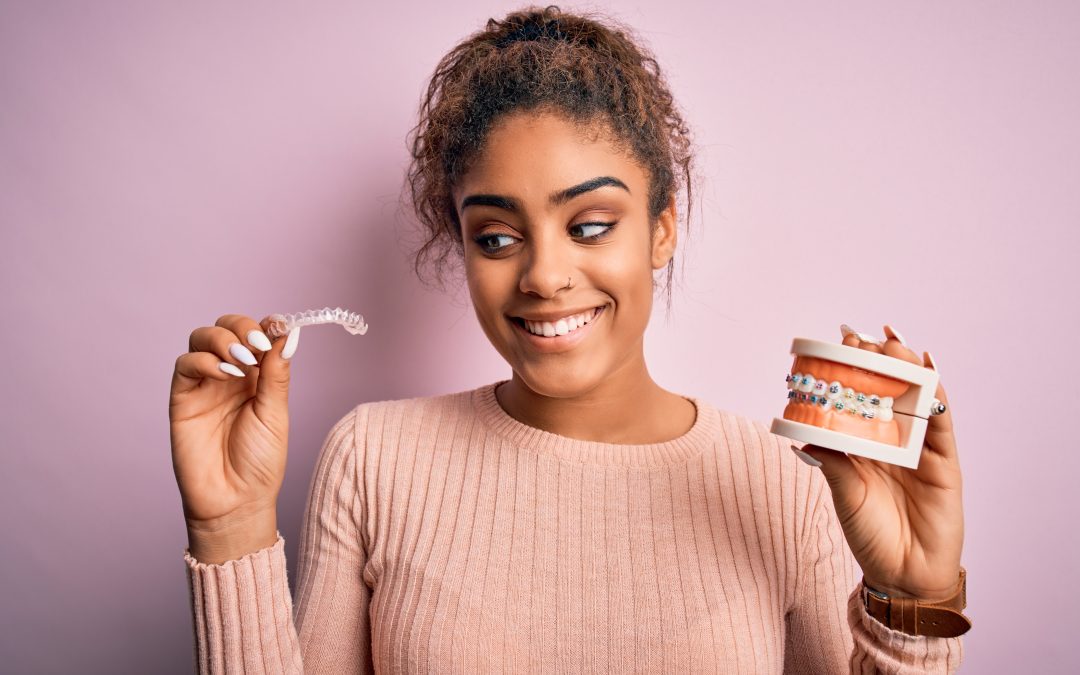 The desire to have straight teeth for a perfect smile has existed for ages, and thanks to some great thinkers and innovators throughout the centuries, it’s now easier than ever to achieve. Many advances in orthodontics have taken us from metal bands around every tooth to brackets and wires to clear aligners.

The first attempt at straightening teeth was found in the remains of ancient Egyptian mummies. Many mummies found had metal bands around the teeth, with catgut tied to them to provide pressure for moving the teeth.

Evidence has also been found that the ancient Greeks, Romans, and Etruscans (predecessors of the Romans in Italy) also used improvised orthodontic appliances.

Contemporary Orthodontics in the Mid-19th Century

Orthodontics started to become a separate dental specialty during the early 19th century. By the mid-19th century, dentistry employed wires and precious metals to make dental appliances. Christopher Francois Delabarre was the first to develop a device that resembles modern braces – it had plates placed on two teeth with wires to pull the teeth together.

During the 20th century, Edward Angle developed the first classification system for malocclusions (misaligned teeth) in the United States, and it is still in use today. The biggest challenge in the 20th century was to find an adhesive that could attach to the tooth. Instead, dentists wrapped wires around each tooth to pull them in place. Unfortunately, those techniques proved painful and took a long time to treat.

The first significant breakthrough came with a stronger adhesive that bonded with teeth and stainless-steel plates instead of silver or gold. These developments would pave the way for the introduction of modern adult braces.

The idea of invisible or clear braces began to grow in the 1970s. Two decades later, two Stanford students discovered that not wearing a clear retainer caused teeth to shift back to their positions before braces. Using 3D technology, they came up with a system used to create plastic retainers. These were based on scans of patients’ teeth. Monitoring the slow movement of tooth alignment would eventually lead to a process called Invisalign.

Orthodontic technology today has become more comfortable and practical. There are several orthodontic treatments, including:

Here at Senan Orthodontic Studios, we believe that technological innovation in orthodontics significantly improves our patients’ experience. Our patients benefit from unique, cutting-edge orthodontic treatment options that harness the best and most efficient appliances available to build a healthy and dazzling smile. Contact us today to schedule your orthodontic evaluation in McAllen, TX!